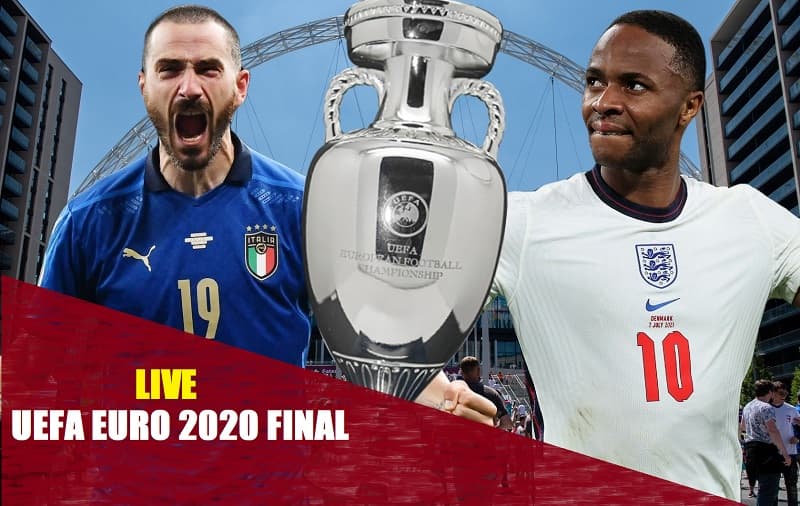 England and Italy are into the Euro 2020 finals where Itlay will be taking it over England for the title of the season. The match awaits his Sunday on July 11, 2021. Check below UEFA EURO 2020 Final: Italy vs England Live Stream, Prediction, Head to Head Prediction, Line ups.

The tournament will take place at Wembley Stadium in London. The teams have been battling for a long time against each other in an international fixture.

Italy has been the winner of the EURO just for one single time in football in the year 1968. This for the third time the team is entering into the finals after 200 and 2012. It is going to be interesting to watch how well the team copes up in the league.

Both the teams have played many times against each other it is going to be interesting to watch the final match this Sunday. England vs Italy has won a total of 8 matches played against each other. 8 games were drawn between the two and they have lost 11 games.

Both teams have been one of the most successful teams of football. They will be battling on the ground against each other for the winning title of the EURO 2020.

England’s past history of games is very strong where they have not been defeated in 15 out 17 games they played. Where they have a score of 46 goals.

Here is a prediction that England will be winning the tournament of EURO 2020. However, the winner is completely predicted and the finals results will be out only after the match.

Italy vs England How To Watch?

You can enjoy Italy vs England fixtures on BBC One and ITV for free. The matches will be streaming for free on these television channels. The other platforms that will be streaming matches live are the BBC iPlayer or ITV Hub.

European Championship Winners List – Who is the Most successful club?