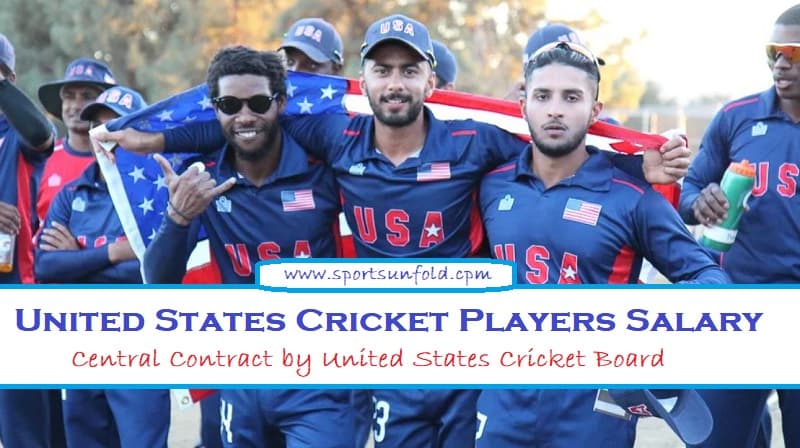 In 2018, ICC Decided to grant full Twenty20 International Status to all its Members. So the United States played their first-ever T20I Match against the United Arab Emirates, The Matches were scheduled to play on 15th March 2019. On the other hand, United States finished in the top 4 of Division Two of the Tournament and Qualified for the 2019-22 ICC Cricket World Cup League 2. It offers an opportunity to advance to the Qualfdiier of the 2022 Cricket World Cup.

Saurabh Netravalkar Lead the United States team in ODI’s and T20I’s format. He took over the captaincy of the United States in the year 2018. So this is the complete list of Players who signed central Contracts by USA Cricket and also non-contracted Players. The Complete Details of United States Cricketer Match Fees is not revealed by the officials. The minimum annual Wage Rate is $15,080, and the Average Wage Rate is $70,000. While Highest Salary reached up to $90,000. So check it out below the competing player’s list with Contract Period. The Players who signed Central Contract by USA Cricket features in the 2019 United States Tri-Nation Series.

The Details of the United Cricketers Salary are not revealed officially. But United States Cricketer makes approx $70,000 to $90,000. Many International cricketers faced wage cuts because of the financial crisis of Cricket Boards. These are not the exact amount, the amounts may vary. The Latest Information related to the Central Contract of the United States and the Salary of the Cricketers will be updated here, So Stay tuned here.