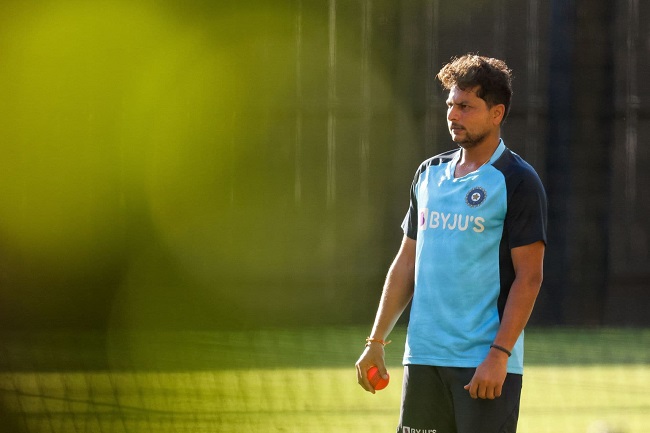 Ranji Trophy 2022 squads details are out now the matches for the league are starting soon. The squads for the teams are announced and the Uttar Pradesh will be heading in the tournament under the captainship of Kuldeep Yadav. Check Uttar Pradesh Squad Announced.

The team will mark their game in a tournament where Kuldeep Yadav guides the team Uttar Pradesh. The vice-captain for the team will be Karan Sharma.

The squads and the schedule for the Ranji Trophy 2022 is announced recently. The matches for the team will be starting soon with the fixtures for the season.

Uttar Pradesh Cricket Association (UPCA) marks a statement about the team. He says, “Senior Selection Committee of our Association selected following cricketer of our state to represent U.P. Squad for Ranji Trophy.”

The other two players UPCA wants to include in the squad are Saurabh Kumar and Bhuvneshwar Kumar for the tournament.

The tournament will be starting with the matches on January 13, 2021, and the fixture will continue to roll out till January 17, 2021.

The team squads for the league are out now and the matches will be rolling out soon.

Kuldeep is recently back to the tournament where he was on a break due to a knee injury and the player underwent surgery to recover. It took a long recovery time for the player to be back on track. He also missed being a part of the popular tournament IPL 2021.

The player is named as the captain for the game with a huge number of votes where he will be bagging the team’s leadership position for the Ranji Trophy 2021.

There are huge records to the name of the player where he has rolled out 7 test matches, 65 ODI matches, and 23 T20I matches for team India.

Kuldeep Yadav has a record for Indian bowler to be the only bowler in the team who bags two ha-tricks in ODI matches.

For more recent updates about the sports world and more latest updates stay tuned with us..!!!