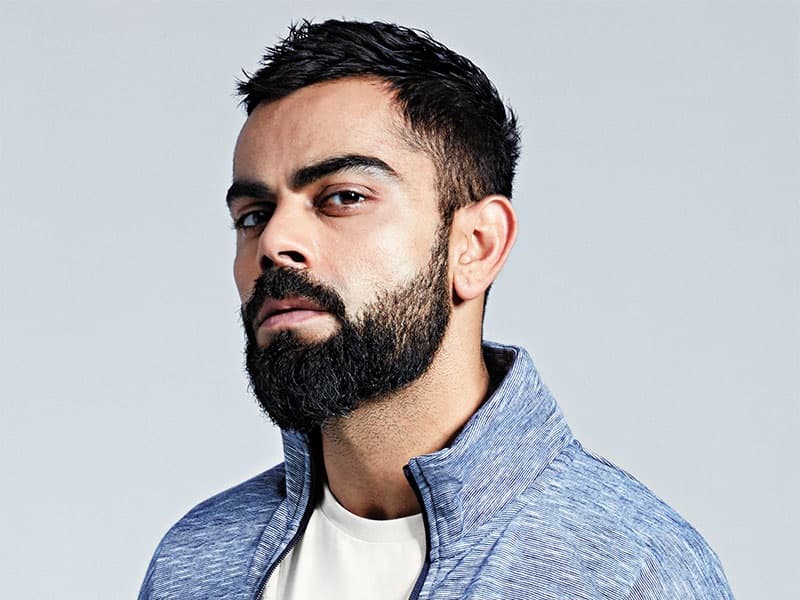 Virat Kohli is a current Indian National cricket team Captain. He Leads the Indian Cricket team in all three formats Tests, ODI’s, and T20I’s. And also represent Royal Challenger Bangalore franchise team in the Indian Premier League. Virat Kohli hails from Delhi and he is 32 years old. He is one of the most popular cricketers in the world. While Virat Kohli tops the list of most popular celebrities in India. Virat Kohli is the only Asian to cross 100 Million followers on Instagram. Check Virat Kohli endorsements List and Fees.

The network of current India’s skipper is approx INR 980 Crore. Virat Kohli Endorese more than 17 Brands. So the complete Endorsements list of Virat Kohli. He is the Brand Ambassador of Puma, Myntra, Wrogn, MRF Tyres, Audi India, and Many More Brands. Virat Kohli’s deal with MRF Tyres is the costliest bat sponsorship deal in cricket. The deal is said to be worth more than INR 100 Crores. He earns INR 7 Crore from BCCI Annual contracts.

So the complete Endorsements list of Virat Kohli is available here, check it out below. You also check Virat Kohli Net Worth.

Puma is a German-Based Multi-National Company. In 2017 Virat Kohli sign a deal of a whopping INR 110 Crore with Puma. And the deal is said to be active until 2025. Virat Kohli also launched his athleisure brand One8 in collaboration with Puma.

Virat Kohli and Anushka Sharma both sign a deal with Myntra in the year 2019. Myntra is likely to spend more than INR 10 Crore for both of them as a brand endorsement fee. Myntra is a popular e-commerce company and deals with fashion.

It is an EDTech Company and currently one of the leading companies. In the year 2020, Virat Kohli signed a deal with Great Learning Company. Recently Company launches new campaign Power Head, Virat Kohli is part of the new campaign.

Himalaya is an India-based Multi-National company. It is one of the popular company and also company’s products are being sold worldwide. In May 2019, Virat Kohli and Rishab Pant named as Brand Ambassadors of Hiamayla.

Virat Kohli owns a stake in Famous Clothing and accessories brand, Wrogn. Wrong is also one of the Brand sponsors of Royal Challengers Banglore in the Indian Premier League. In 2014, Virat Kohli became the brand ambassador and co-owner of Wrogn.

In the year 2017, Virat Kohli and MRF Tyres sign a deal of whopping more than INR 100 Crores. It is also the costliest bat sponsorship deal in Cricket. The deal is said to be made for EIght years in 2017.

Virat Kohli signs a deal with Too Yum in 2018. Too Yum is a brand of Guilfree Industries Limited. The company signed Virat Kohli, to break the thought of to be fit you need to avoid snacks. It also helps Too Yum to state that it is a healthy snack.

Virat Kohli is the Brand Ambassador of the most popular Audi India. In 2015, Virat Kohli signed a deal worth INR 5 Crore with Audi India.

Virat Kohli becomes the brand ambassador of Phillips India trimmers. Because of his popularity, and his bearded look, Philips India signed him as a Brand Ambassador.

In 2012, Virat Kolhi signed a deal with Vicks India. And it has been Eight years since Virat Kohli endorsing Vicks India. He also features in many popular TV Commercials of Vicks Ina.

Manyavar is a popular ethnic wear brand. In 2016, Manyavar signed Virat Kohli as Brand Ambassador. Virat Kohli and Anshua Shamra had done a commercial together for Manyavar two years ago.

Volini is a pain relief spray targeted for the musculoskeletal, joint, and low back. In 2018, Sun Pharma Healthcare signed Kohli as the Brand Ambassador of Volini.

Virat Kohli signed for Brand ambassador Wellman, He did many ad campaigns which talk about the advantages of being physically fit. Virat Kohli is a popular style icon in India.

Digital Insurance is a General Insurance Company. Virat Kohli signed up with Digit Insurance as its Brand Ambassador.