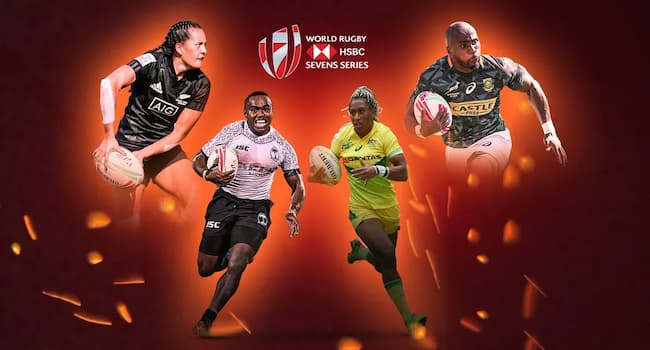 The Seven series have been run by World Rugby since 1999. Due to the impacts of Covid 19, Only two tournaments were played in the 2021 series instead of the ten. The number of teams participating was also reduced from sixteen to twelve at the tournaments. Many of the top teams from the previous series not taking part.

The 2022 Series will feature 10 men’s and seven women’s rounds over six months. They would be kicking off with a pair of combined men’s and women’s events in Dubai. The Emirates Dubai Sevens will host behind closed doors round on 26-27 November 2021. It will be followed by a second event on 3-4 December with fans in attendance at The Sevens Stadium.

Check out the live streaming details of the HSBC World Rugby Series.

How and where to watch HSBC World Rugby Sevens Series 2022 Live Stream?

You can watch the HSBC World Rugby Sevens Series live stream online within the match center, the official App, Facebook, and YouTube Channel. Various broadcasting partners are there for watching the games depending on the geographical location. Here is the list of prominent broadcasters along with the locations they are broadcasting: