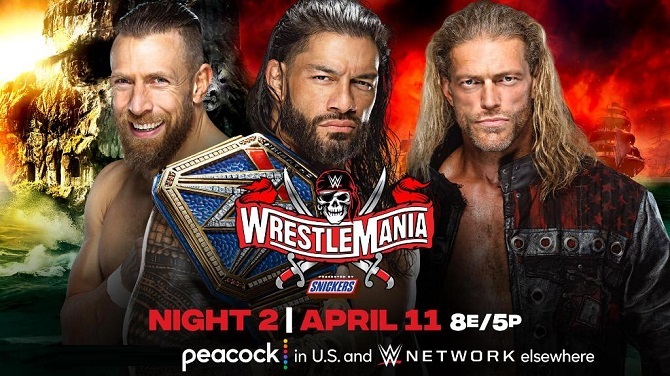 The Most Awaited WWE event is all set to kick off on 10th April and 11th April. Raymond James Stadium, in Tampa, Florida will host the two biggest nights of WWE. The event was originally scheduled to take place on 28th March 2021. Because of the Covid-19 Pandemic schedule got postponed.

The Upcoming Wrestlemania will be the 37th WWE Wrestlemania Event. Whereas it is a professional Wrestling Pay-Per-View Event. Wrestlemania 37 is one of the most awaited events. The Craze of WWE is too Much. Whereas WWE Fans can catch all the Action TV.

Indian WWE Fans can catch the telecast early in the morning of 11th April and 12th April. Preshow Kickoff timing 3:30 AM for Both the Nights. While Main Show will start Telecast at 4:30 AM IST. Repeat Telecast is also available for Two Nights it will be Air at 8:00 PM IST. Please make sure you check it out below the List Of Fights.

Singles Match – Bad Bunny (with Damian Priest) vs. The Miz (with John Morrison)

Singles Match – The Fiend (with Alexa Bliss) vs. Randy Orton