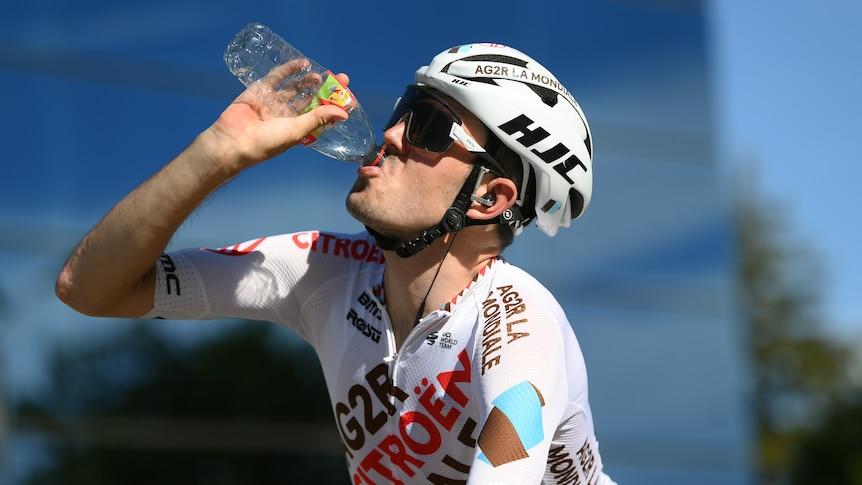 Ben O’Connor is no longer part of the Tour de France. He withdrew his participation because of a glute injury. Ben was fighting against this pain for a long and took the call.

But this time, he exited Le Tour after the ninth stage. As mentioned, it was a buttock injury that slowed him.

O’Connor said, “In the stage to Lausanne, I tore my glute muscle,”

“I fought it yesterday, I really wanted to see if I can get past this point of pain [but] it’s just too much.

“It’s like having a knife in your arse, more or less.

Start List of Vuelta a España 2022 cycling racing hosted by…

His injuries forced him to lose over four minutes against rivals in the 5th stage.

AG2R Citroën, the team of O’Connor, withdrew him from this race. The team’s focus is now on the Vuelta an España. It will be in the latter part of the year.

Ben joins Jack Haig. Jack also crashed out with a broken wrist in the 5th stage. He became the second Australian to withdraw from this event.

“It takes you in its arms, puts you down on the floor, and she’s going to hold you there.

“It can be a bit frustrating, but there’s not a lot you can do about it.”

With a gap as a rest day, the Tour de France will be in flow from Tuesday night (AEST). Now the competitors will ride from Morzine les Portes du Soleil to Megève.

Tadej Pogačar is the Race favorite. He is currently enjoying a 39-second lead in the overall standings. His nearest rival is Jonas Vingegaard.

Nicholas Schultz is another hope for Australians.

Nicholas Schultz is running 29 minutes behind the race leader. He is currently in the 39th position.