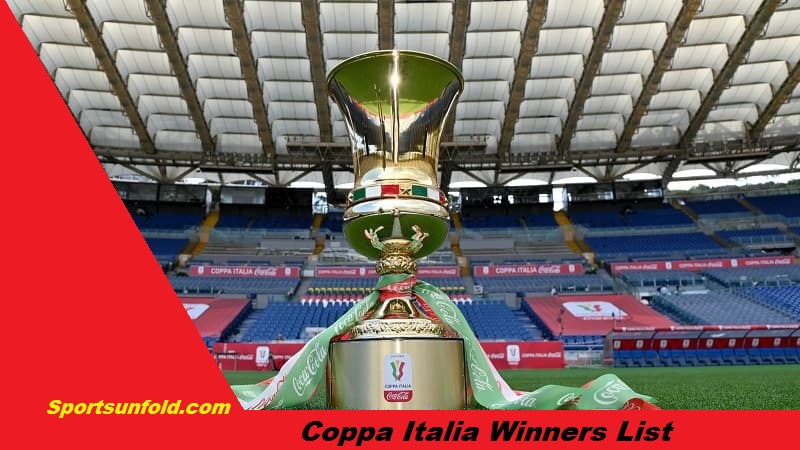 The Italian annual football Cup Coppa Italia is one of the oldest competitions launches in 1922. The first-ever winner of the league is the Vado. The Lega Series A is the organizing body for the tournament in Italy. So check Coppa Italia Winners List.

The tournament has a total of 44 teams taking part in the league. Check out the list of the winners of Coppa Italia.

The prize money for the winners of the tournament Coppa Italia is 1.3 Million Euros. Along with the cash prize, they will be bagging the winning trophy and the title of the winners.

The prize money of the tournament is broken down into various rounds and groups.

The winners for the tournament are listed here since 2004. The current champions of the league are Juventus which won the 14th title of the league.

Juventus are also one of the most successful teams in the league. The club inning the league in 2004 is the Internazionale with the score of 2-0

Currently, Juventus won the tournament opposite Atalanta with a score of 2-1.

The current runners-up of the league are the Atalanta where the match took place between Juventus and Atalanta with a score of 2-1. The tournament took place at the Mapei Stadium, Reggio Emilia.

The runners-up of the tournament in the year 2004-05 were the Roma where the matches took place between Roma and Internazionale with the score of 2-0 at Stadio Olimpico Rome. The score is 1-0 at the San Siro Milan.

The head coach of the club is Massimiliano Allegri. They have been the winners of the Coppa Italia 14 times.