Shriram Capitals TNPL Season 5 to get underway at Chepauk today 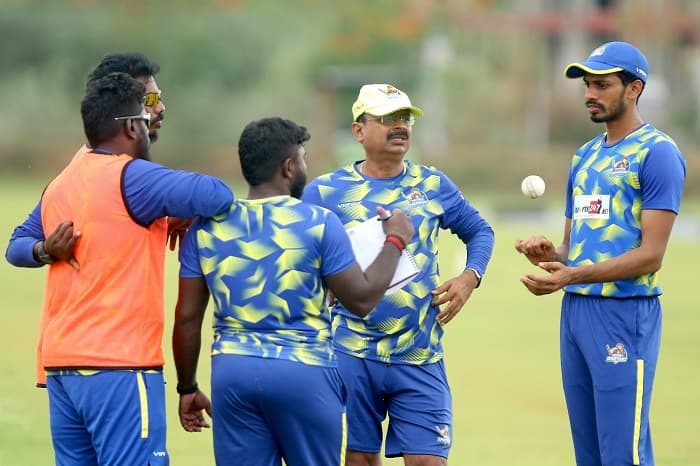 The immensely popular Twenty20 tournament will feature eight teams and all play each other once in the league phase with the top four heading into the playoffs. All 32 matches will be played at Chepauk, including the final on August 15, 2021.

Upstox, BKT Tires, Sin Denim, Dream XI, Amrita Viswa Vidyapeetam, and Koo are the associate sponsors of the league while Cycle Brand is the Match Officials partner and Amul is the Pouring Partner. Star India is the broadcaster of the tournament.

On paper, there isn’t much to choose between the two teams but it is the presence of three marquee players – all-rounder Vijay Shankar, leg-spinner Murugan Ashwin and fast bowler Ganeshan Periyasamy – that gives Spartans a headstart over their rivals, who have just their captain all-rounder M Shahrukh Khan, to match their inability.

The Kovai Kings are well-stocked in the batting department with V Ganga Sridhar Raju, Ashwin Venkatraman, and all-rounder Abishek Tanwar leading the way along with their captain. Left-arm spinner Ajith Ram and young left-arm pacer E Srinivasan have it in them to contain the opposition.

The experienced KH Gopinath and Akshay Srinivasan are the batting mainstays of Spartans while left-arm spinner M Ganesh Moorthi and all-rounder B Pranesh supplement the bowling department.

It is the first meeting between the two sides although Kovai Kings have met Spartans’ earlier avatar, Tuti Patriots before.

It will also be a test for Spartans’ young captain Daryl S Ferrario, who will be leading the side and also playing for the first time in the event. The 23-year-old all-rounder has gelled well with the team and insists there are no nerves. “To be honest I’m really excited,” he exclaimed on Sunday while interacting with the media. “As of now everything has gone well and we have prepared really well, so yes it’s going to be an interesting challenge,” he added.

Ferrario admitted leading the Spartans is “the biggest challenge of my playing career” but pointed out senior players Vijay Shankar and M Ashwin have made his task easy.

“We’re very happy that we have two IPL players and Vijay Shankar has represented India as well. They were interacting with the players well and giving a lot of inputs,” he said.

Unlike Ferrario, his counterpart Shahrukh Khan has been under the spotlight having made it to the Indian Premier League this season and sizzled for his franchise, Kings XI Punjab. Kovai Kings will be looking up to him to shore up the side whenever they are in troubled waters and the 26-year-old concedes there will be additional pressure on him to deliver. “Obviously, there is going to be more pressure this year than last year because of my performances,” he said and believes the solution lies in not complicating things. “I’ll try to keep it simple and stay focused on the job,” he said on Sunday.