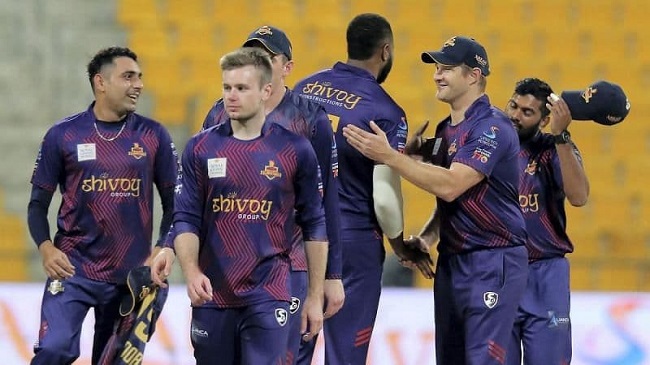 Deccan Gladiators is under coach Mushtaq Russell. The team squad is all set for season 5 which will be rolling out from November 19, 2021, and will continue till December 04, 2021.

T10 League is a round-robin tournament and playoffs were the hosts for the league in the United Arab Emirates.

They will roll out in a total of 35 matches and there will be 6 participating teams in the league.

Emirates Cricket Board will be rolling out the tournament under their administration.

The team squad for the teams is all set to roll out with the matches this season. The squad for the Deccan Gladiators is listed below here.

The coach for the team is Mushtaq Ahmed. He is a former Pakistani cricketer and a coach. He played at the position of bowler where he is a right-arm leg break and a right-handed batsman.

The team Deccan Gladiators will be leading the tournament this season under the leadership of Mushtaq Ahmed.

Deccan Gladiators lost to Maratha Arabian in season 3 of the league. They turned up as the runners-up of the league where they lost by 8 wickets.

Chris Lynn bagged maximum runs in the league that season which is 371 and most wickets were bagged by George Garton which is 12.