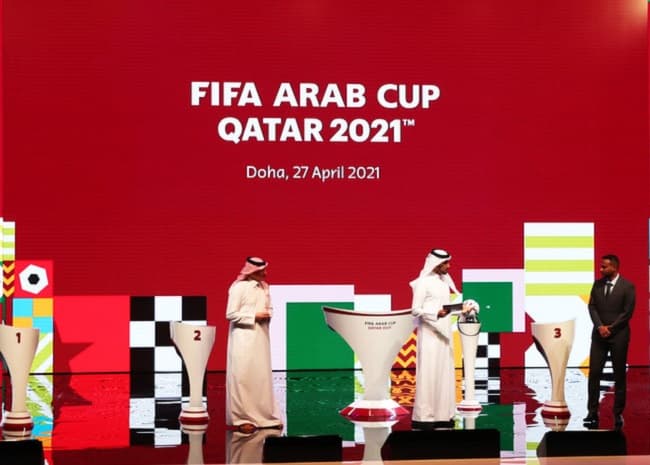 FIFA Arab Cup 2021 is all set to roll out with the 10th edition of the tournament. One of the biggest football tournaments is will be launching its first-ever edition with the FIFA Arab Cup branding. Check out FIFA Arab cup 2021 Schedule, Groups, Teams List, Draw.

The tournament will be taking place in Qatar from November 30, 2021, to December 18, 2021. All 23 teams will be playing the game to the winning title of the FIFA Arab Cup 2021. The 39 games will be kickstarting this November at six different venues. Also check FIFA Futsal World Cup Lithuania 2021 Schedule, Draws, and More.

Check out all the details about the FIFA Arab Cup 2021 groups, schedule, teams, draw, etc here on this page.

There are in total of 16 participating teams in the tournament. They are divided into four groups and each group has 4 teams.

The draw for the FIFA Arab Cup 2021 is as follows:

The tournament will be starting to roll out on November 30, 2021. The finals of the football league will be taking place on December 18, 2021. The entire schedule of matches is yet to be out.

FIFA Arab Cup 2021 will be taking place in Qatar and the first match will roll out there. We will soon be updating you with the entire schedule of the tournament here on this page.

There are in total of 23 participating teams in the tournament out of which 9 teams directly qualify to the group stage on the basis of the April 2021 FIFA ranking.

The remaining 14 teams will be playing the seven single-leg matches from which the 7 teams will enter the group stage.

Teams in the group stage

Teams Competing in the Qualifiers

The draw for the group stage took place on April 27, 2021aat Katara Opera House in Doha. There were four groups where the sixteen teams were drawn. The draw started with pot 1 and ended at pot 4.

The host for the tournament was in the POT 1 and Syria being the last ranked ends up in the POT 3.