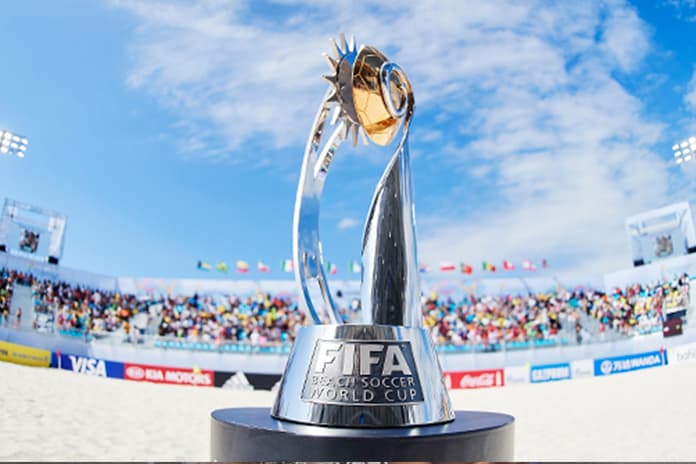 This is the 21st edition of the World Cup In Beach Soccer since the Beach Soccer World Championships came into existence. The new season of the tournament will be taking place this August 19, 2021, and will run till August 29, 2021.

Russia is the hosting country for the tournament whereas Moscow is the hosting city. Check out the details of FIFA Beach Soccer World Cup Russia 2021 fixtures, teams list, draw, squads, etc here on this page.

The fixtures of the tournament are divided into four groups that are Group A, Group B, Group C, Group D. The fixtures are planned for August 19, 2021. The first match of group A will be started with Paraguay vs Japan at Luzhniki Beach Soccer Stadium, Moscow.

Check out the schedule of Group A here on this page below.

The second match from the group will be on August 19, 2021, where team 1 will be Mozambique vs Spain.

The list of all the qualified teams for the tournament is out now. Here are the team that have qualified for the FIFA Beach Soccer World Cup Russia

There are 16 teams which are divided into a group of four POTS. Here is the list of the teams divided into groups of four.

Jermell Charlo vs Brian Castano odds Fights Schedule, Time, Venue, Under Card, Prediction, How and Where to Watch?