IND vs SCO: Playing XI of India and in this match, Players may return to Team 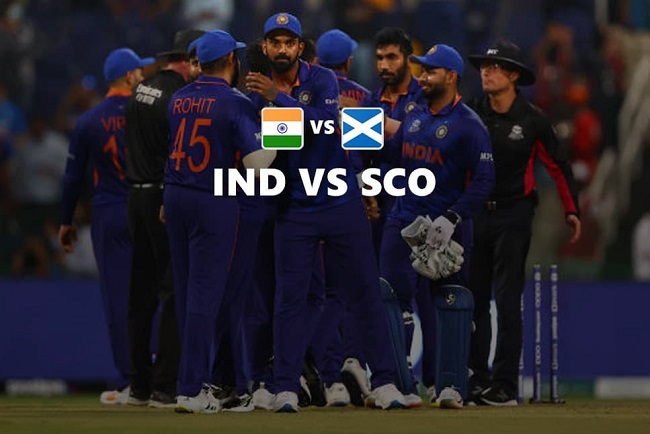 IND vs SCO In the ICC T20 World Cup, the Indian team has to play its next match against Scotland. Like the previous match, this match is also going to do or die for India.

After a spectacular 66-run victory against Afghanistan, everyone would hope that the Indian team would win this match by a big margin.

India’s net run rate has come down drastically after losing the first two matches against Pakistan and New Zealand by a huge margin.

In this article, we tell you which player of the team gets a chance in the IND vs SCO match which is going to play on today.

Shardul Thakur is not in form

While all other bowlers of the Indian team bowled economically, Shardul bowled 3 overs and conceded 31 runs at an economy rate of 10.3.

During this, he could not take a single wicket in his name. In such a situation.

The Indian team can think of including veteran fast bowler Bhuvneshwar Kumar in his place in the playing 11.

The arrival of Bhuvi in ​​the team will definitely strengthen the bowling.

In the last match, the Indian team batsmen batted vigorously and took the team to the huge target of 210 runs.

By keeping all these things in mind we don’t think there is any Changement is seen in the team.

IND vs SCO players may return to the team

In such a situation, every match of the Indian team from here is going to be a knockout.

In the last match played against Afghanistan, the Indian team’s batsmen and bowlers performed brilliantly.

However, only one weakness of the Indian team was seen in this match and that was the team’s fast bowler Shardul Thakur.

The Pitch of UAE is supportive of a fast bowler, but the Indian Team is going through this scariness.