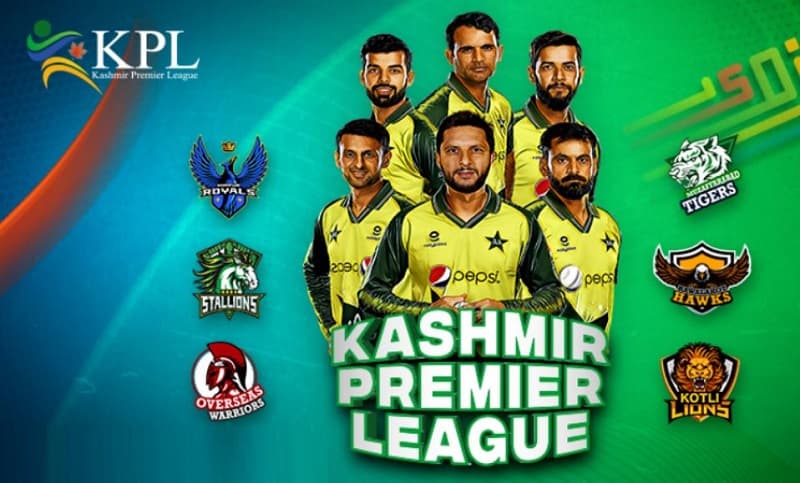 Kashmir Premier League is all set to start its first-ever season this August 2021. Pakistan Cricket Board is the one that handles the association of the KPL. The six participating teams of the tournament will compete in the double round-robin format of matches. Check Kashmir Premier League Teams Captain Details.

The team represents overseas Kashmir which is founded in the year 2020. It represents the Kashmiri diaspora where the captain of the teams is Imad Wasim.

He did his debut in Twenty20 International for the Pakistan team in 2015. Wasim is a specialist in T20, particularly for his “roo-like” skipping bowling action in the powerplay overs.

The team represents the Muzaffarabad founded in 2020 where the team captain is Mohammad Hafeez. He is a versatile Pakistani international cricketer who tops the ICC Player Rankings as the top-rounder.

He entered the game of cricket in 2003 where his Test debut was with Bangladesh. The last test match he played was in 2018 opposite New Zealand.

The team represents the Rawalakot, founded in 2020 where the team captain is Shahid Afridi. Shahid Afridi is one of the top players on the Pakistan cricket team.

He is also captain of the Pakistan national team and also the captain of Rawalakot Hawks. His role in the cricket team is of All-rounder. He played his first test debut in October 1998 vs Australia.

The last test match he played was in 2010 which was also against Australia. He is also awarded the Pride of Performance by the President of Pakistan Asif Ali Zardari.

He is also awarded the Sitara-i-Imtiaz by the President of Pakistan Mamnoon Hussain.

The Bagh Stallions is one of the teams of Kashmir Premier League where it represents Bagh and the team comes into existence in 2020. The captain of the team is Shadab Khan who is also a right-handed batting and leg-break bowling. His role in the team is of the all-rounder.

He is a Pakistan National Cricket Team player where he has played 6 matches and scored 300 runs. He has play 43 ODI matches with 337 runs and 46 T20I where he scores 183 runs.

Mirpur Royals represents the Mirpur which is found in 2020. The captain of the team is Shoaib Malik and the coach of the team Inzamam-ul-Haq.

Sohaib Mallik is a right-handed batsman. He is a right-arm off-break bowler where he did his test debut in Aug 2002 opposite Bangladesh.

Kotli Lions represents the Kotli place which is found in 2020 and the captain of the team is Fakhar Zaman. The coach of the team is Abdul Razzaq. Fakhar Zaman is a left-handed batter and slow left-arm orthodox bowling where his main role is the opening batsman.