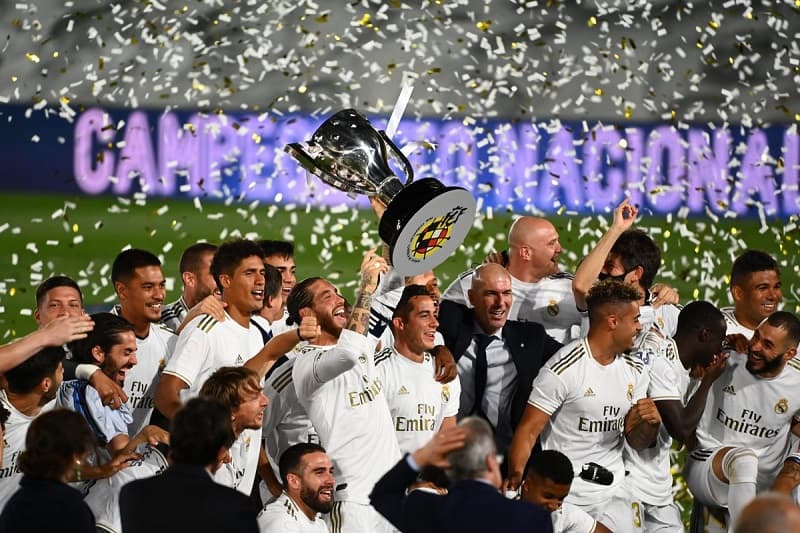 La Liga is the men’s top professional football division of the Spanish Football league system, there is 20 participating team. Each team has 38 matches every season and they have to play two games each against the rest of the team and the top two teams will go finale. Check La Liga winners name list of all seasons, Which is the Most championships?.

There is a total of 62 teams who have been participating in La Liga in which nine-team have a crown of the championship with Real Madrid winning the title record of 34 times and Barcelona 26 times. For the last seven years, La Liga is been the top league in Europe, it is one of the most famous professional sports. So now let’s check out the complete details about the La Liga Winner name list of all seasons, Which is the Most championships?

Here you can check the last recent 10-year winner list of La Liga, you can also check Real Madrid and FC Barcelona have won the championship often.

La Liga Team with most Trophies

The most trophies are with none other than Real Madrid they are the most successful clubs who have won with 34 titles and they did not end there, later on, they won three champions league titles and from that, they gain more respect and popularity. Whereas along with Real Madrid FC Barcelona won 26 titles at that time they were having some of the best footballers.

READ MORE: Who Is The Best Football Player In The World Right Now

MotoGP 2021 Results and Standings for top drivers and Points Table

Serie a Winners List of Every Season 2021, Most championships Team?