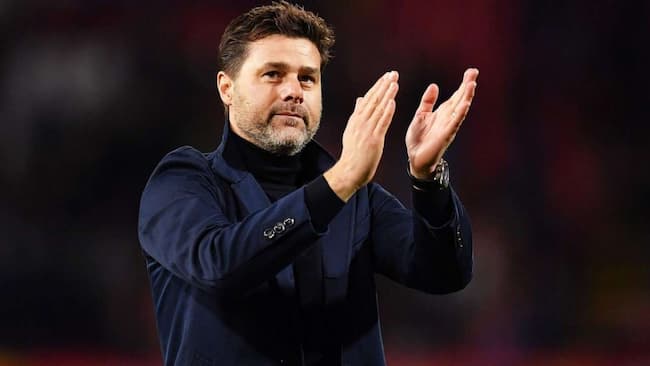 Mauricio Pochettino is a former Argentinian international player who now is a manager of the Paris Saint-German club. The former Espanyol player started his coaching career in the same club. The manager has made a reputation for being one of the great managers of the future. Check Mauricio Pochettino Net Worth.

Check out information about his playing career, his managerial profile, and his net worth.

Born on March 2, 1972, Pochettino’s football career began at Newell’s Old Boys. In 1994, Mauricio joined Espanyol where he was in the starting line-up during six seasons. He was part of the team that won Copa del Rey in 2000.

Pochettino spent 17 years as a professional player, ten of which were in La Liga with Espanyol. He scored 13 goals in 275 games.

Pochettino additionally played in France for two clubs, Paris Saint-Germain, and Bordeaux, having begun his profession with Newell’s Old Boys. He represented the nation at the 2002 World Cup and the 1999 Copa América.

In 2001, he joined Paris Saint-Germain, and later, in 2003, he left for Bordeaux. A short time later, he came back to RCD Espanyol where he made some three hundred appearances in a row.

Pochettino began his managerial career at Espanyol in January 2009, remaining in the post for nearly four years. He then managed in the Premier League, with Southampton and Tottenham Hotspur.

The team was in 18th place in the championship at that period of the 2008/2009 season. On February 21, Espanyol won a match against Barcelona (2-1) and eventually finished 10th despite the fact the team also was in 20th place and risked relegation.

On September 28, 2010, the coach extended the contract until being appointed the new Southampton manager in January 2013.

Pochettino led the team to eighth position in the 2013/2014 Premier League and built up the ability of English players, for example, Luke Shaw, Adam Lallana, Jay Rodriguez, Nathaniel Clyne, and others. In May 2014 he was offered work at Tottenham Hotspur.

He was responsible for the best years of Tottenham’s career with several players such as Christian Eriksen, Harry Kane, Dele Alli, and others. He led his club to the final of the Champions League where they were defeated by the Liverpool side.

The following year, he was sacked by the club in 2019 after a series of poor performances. He then joined the Parisian club in January 2021 after the club released Thomas Tuchel after differences with the sporting director. He is expected to lead the club to win the Champions League title.

As reported, Pochettino will earn $550,000 monthly, being the best paid ever in the history of the club. As per 2020 reports, Tottenham continued to pay Pochettino’s £8.5million-per-year salary due to a payroll clause inserted in the lucrative contract he signed in 2018 – which intended to keep him at the club until 2023.