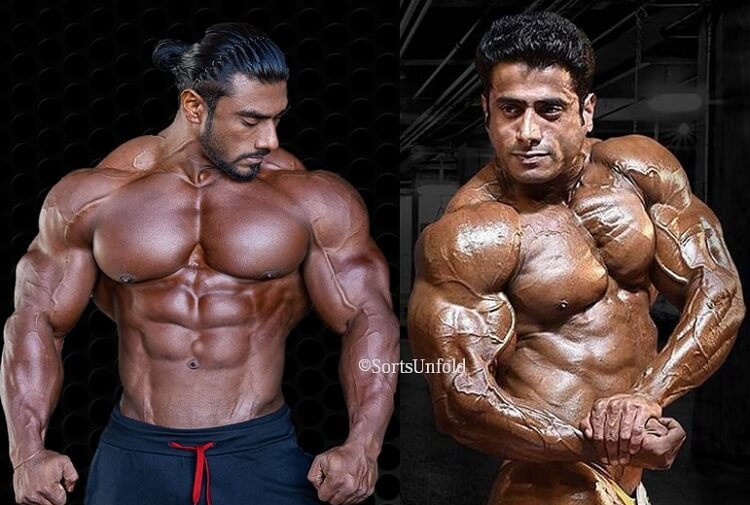 Suhas Khamkar Comes from Fitness Experts and Bodybuilders. Whereas he is from Koljhapur in Maharasthra. He is one of the most Popular Bodybuilders in India. The Fitness experts as well as Emerging Bodybuilders take him as an Inspiration to Start their Bodybuilding Carrier. He Wins many uncountable awards in his carrier.

Sangram Choughule wins Mr. India Title Six times While Mr. Maharashtra Title Five Titles. He Is Popular in Bodybuilding Industry as well as on Social Media Platforms. He is the Idol of Many Young Bodybuilders. Whereas he is also from Kolhapur, Maharashtra.

Murali Kumar is Software Engineer and he surves in the Navy. One of the most interesting Parts he never dreamed of Bodybuilding. But when he got his legs fracture, the Doctor advertises him to Join Gym as a Recovery therapy. From there he’s emerged as one of the Popular bodybuilders. He also participated in the 2012 Asian Bodybuilding Championship.

He is Bronze Medal Winner at Arnold Classic 2016 Which was held in Melbourne. Whereas he is popularly known as one of the most Gifted Bodybuilders of the Younger Generation. Ankur Sharma is from Delhi and also win the World Title in 2013. He is popular for his Natural Approach to Bodybuilding.

Rajendra Mani Becomes a Bodybuilder at a very young age. After that, He Serves in Air Force for Long 15 years. After Completing his Service he again showed his interest in Bodybuilding. He is known as one of the most experienced and Hardworking Bodybuilders in India.

Who is India’s No 1 Bodybuilder? Networth, Achievement…

Hira Lal Showed to World that Vegetarian can be the Extreme Bodybuilder. Without Non-veg food Hira Lal proved one can make a ripped and Healthy Body. Whereas Hira Lal Achieve Many Awards in his Entire carrier of Bodybuilding. Many Prestigious Awards are in the name of Hira Lal.

He is one of the Most Popular Bodybuilders in India. Along with Bodybuilding by profession, he is a pilot and also Actor. He was often seen in Kannada movies and TVs. While he is also popular for his role as Dhritarashtra in Mahabharata. Thakur Anoop Singh is quite active on the Social Media Platform.

Since 2006 Amit Chhetri work as Constable in Uttarkhand. Whereas the Popular Bodybuilder hails from Deharadun. Amit Chhetri is Indian Gorkha Body Builder. He is popular because of Along with the Police Service he is the star of the Bodybuilding world.

He is Popular for his Physiques and he is also a Wrestler. The Popular Bodybuilder is From Punjab. Because of his popularity, he also starred in few films in Punjab. Varinder Singh Ghuman is also Vegeterian Bodybuilder.

The Bodybuilder is known for his Hardworking approach and Humbleness. Whereas 2015 and 2016 was his Best year. He achieves Immense Success in that year. He wins IBFF Competition for three consecutive years in 2015, 2016, 2017.

Sunit is a former Indian bodybuilder. He is born on 21 December 1992 in Nanded. Sunit is a professional bodybuilder from Maharashtra. He is won many titles including Mr.Dubai International and Mr. India in 2017.