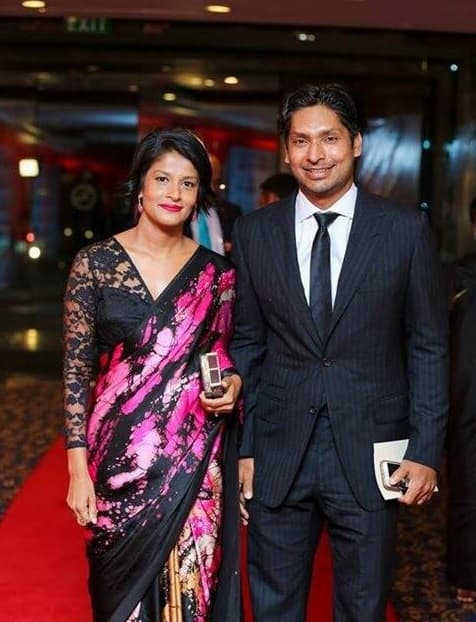 Cricket is one of the most loved games not only in India but overseas. The game has a huge fan following and many fans all over. Sri Lanka is another popular country when it comes to cricket. Check Sri Lankan Cricketers Wife and Check their profession.

Christina is married to Sri Lankan cricketers Mahela Jayawardene in 2005. She is a travel consultant. Mahela is one of the best cricketers on the team and also a captain of the Sri Lanka team. He has given his best shots in the long innings too.

Christina and Mahela have a daughter Sansa Arya Jayawardene whose name is inspired by the series Games of Throne.

Angelo is married to Heshanie Silva in the year 2013. They have a son and a daughter.

Manjula is a Sri Lankan television actress who marries the former opener of the team Dilshan.

Dilshan’s love life is a bit difficult where he is divorce once.

Yehali is married to the left-hand batsman Kumar Sangakkara of the Sri Lanka cricket team. The couple dated for a long time and then got married in 2013. They have twin children a girl and a boy.

Kumar is a former law student. They both share a strong bond.

Ishika is married to the Sri Lankan cricketer Dinesh Chandimal. The couple was dating each other for a really long time and they got married in 2015.

Dinesh’s journey in cricket has not been great however he is one of the best cricketers on the team.

Their marriage had the presence of Sri Lankan President Maithreepala Sirisena.

He is one of the best fast bowlers on the team. He met his wife Tanya during the ad shoot and their love story started.

Later the cricketer proposed to his wife Tanya and they got married in 2010.