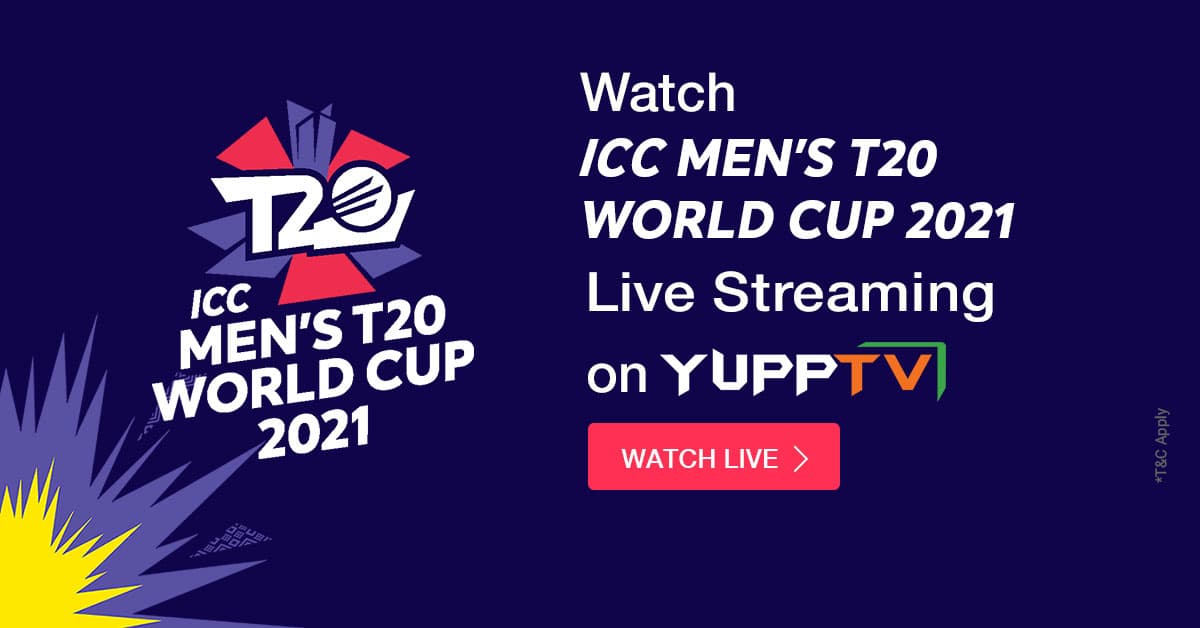 Pakistan, New Zealand, England, and Australia are the last four teams qualified for the semis in the T20 World Cup. England and New Zealand will lock horns in the first semifinal today, fol in Abu Dhabi. Having lost both the semifinals in 2007 and 2016, New Zealand would like to change its fortunes in Abu Dhabi. Buckle up to Watch ICC Men’s T20 World Cup live on YuppTV and experience high-octane cricket excitement.

England and New Zealand entered the league as favorites and have been playing consistent cricket over the years. Eion Morgan team has displayed complete supremacy in the tournament and won four matches in a row. They suffered a loss in their previous game to South Africa, but their semifinal berth was confirmed by then.

From defeating a batting-heavy West Indies at just 55 to restricting Australia to 125, English bowlers are in top form throughout the league. Chris Woakes, Jordan, Adil Rashid, and Moeen Ali have successfully mounted pressure on opponent batters throughout the tournament. Jason Roy and Jos Butler have provided quick starts to the team, but Roy’s unavailability due to injury is a concern for the English team. The runners-up of the 2016 T20 world cup, the Eion Morgan team, will eye on their second trophy.

After suffering an early blow from Pakistan, New Zealand brought their A-game against India, which helped Kiwis to qualify for semis. New Zealand’s bowling is probably one of the best bowling units in the world right now. Trent Boult, Adam Milne, and Tim Southee have been outstanding with the pace in the league so far.

Ish Sodhi and Mitchell Santner’s spin has taken the best batters by surprise and turned the games in their favor. Martin Guptill, Kane Williamson, and Conway are in good touch is a positive sign for the Blackcaps.

England and New Zealand faced each other in the 2019 ODI World Cup final, where Kiwis lost in a controversial boundary count after the match and super over-tired in a dramatic turn of events. Kiwis also lost to England in the 2016 T20 World Cup semi-final in India and will undoubtedly look to gain the upper hand in this match.

Watch ICC Men’s T20 World Cup live on YuppTV and get all the live updates.