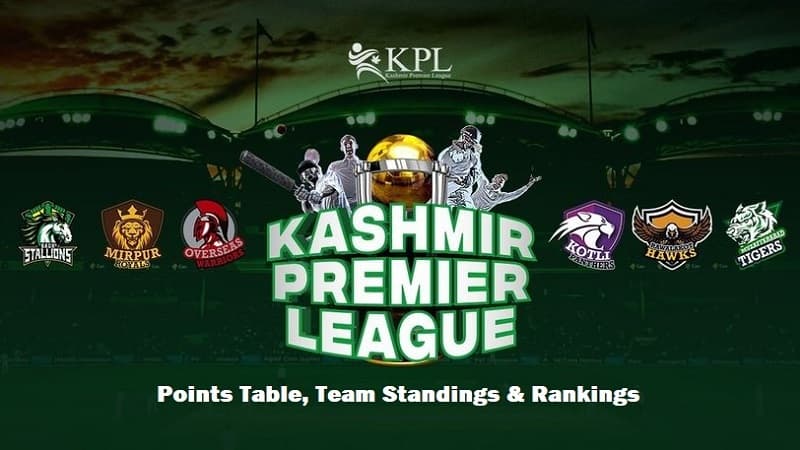 The game is all set to be played by 5 teams representing Pakistan and one team represents overseas Kashmir. KPL will be starting this August 6, 2021, with the first-ever game of the tournament.

The points table of the Kashmir Premier League is empty as the matches are yet to roll out. As this is the first-ever season of the tournament there is no entry on the points. There are no previous records too for the tournament.

The tournament will be starting this August 6, 2021, and the matches will be rolling till August 17, 2021. The popular hashtag of the league is “#KheloAazadiSe”.

The brand ambassador of the team is Shahid Afridi. The entire schedule of the tournaments is yet to be out by the association.

The draft for the tournament is out now and each team of the KPL has the team squad of the players. Their captain and the coach for each team is final.

The draft for the league is recently launched and the schedule will be out soon. The matches will be taking place at the Muzaffarabad.

The anthem song of the Kashmir Premier League is sung by the popular Pakistani singer Ustad Rahat Fateh Ali Khan. He is one of the prominent singers in the industry who has given his voice to the league anthem song.

Kashmir Premier League is the next biggest T20 contest launching soon this August.

How to Watch Kashmir Premier League on PTV Sports?