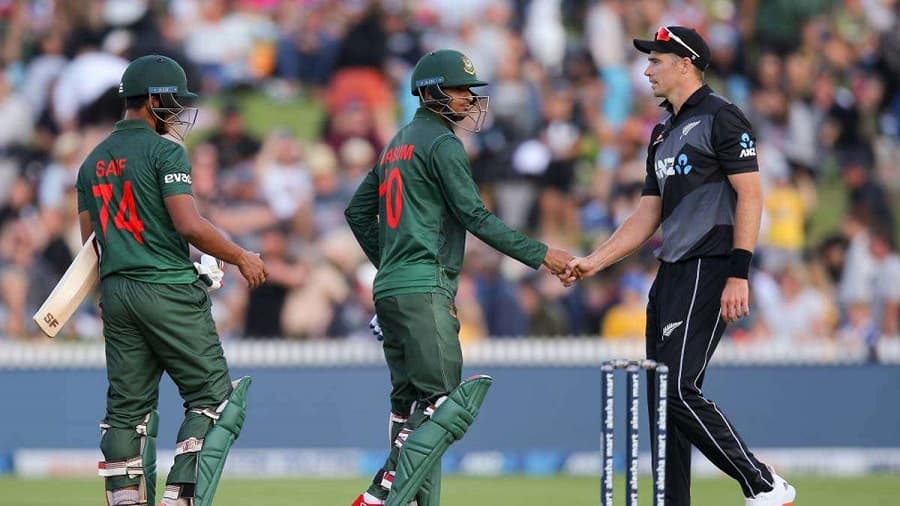 The matches will be taking place at various stadiums in Bangladesh. Check out more details about the New Zealand tour of Bangladesh schedule, team squad, prediction, stats, where to watch, and other information here on this page.

The series will be starting on August 29, 2021, where it is going to be the warm-up matches in T20 format. The 1st T20I series matches will kick-start on September 01 and will continue to roll out till September 10, 2021.

Check out the entire schedule of the matches here.

The squads for the tournament are yet to be announced by the respective teams. There are no such updates yet on the team squad that will be entering the grounds for the matches.

We will soon be updating you with the team squad that will be playing the series between New Zealand and Bangladesh.

Matches will be starting to roll out from September 01, 2021. Looking at the previous record and gameplay for both the teams it is predicted that the team that will be making it to win the series this season in Bangladesh.

The winner is completely predicted on the basis of analysis and the final results will be out only after the matches.

New Zealand tour of Bangladesh Where To Watch?

The matches will not be streaming on any of the channels in India. So fans from India can enjoy the streaming of the match only on the digital platform. The match will be live streaming in Indian on the FanCode app.